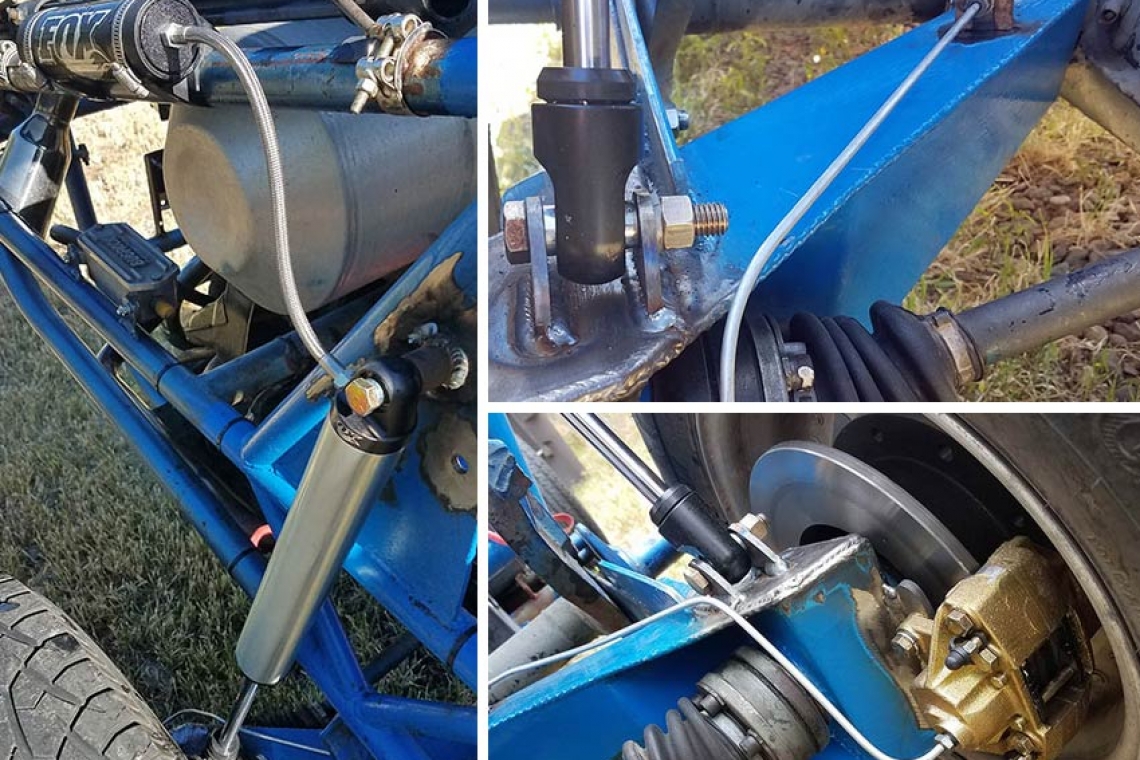 Now for a truly large project... I found my stock rear trailing arms were bent beyond repair and making for a rough ride, bad noises, and badly worn tires.

Since everything in the rear was going to be removed for the project, I decided to also do a disc brake conversion, new bearings, seals, poly bushings, and new shocks all at the same time.

Here are the original trailing arms, old shocks and drum brakes (BEFORE replacing): 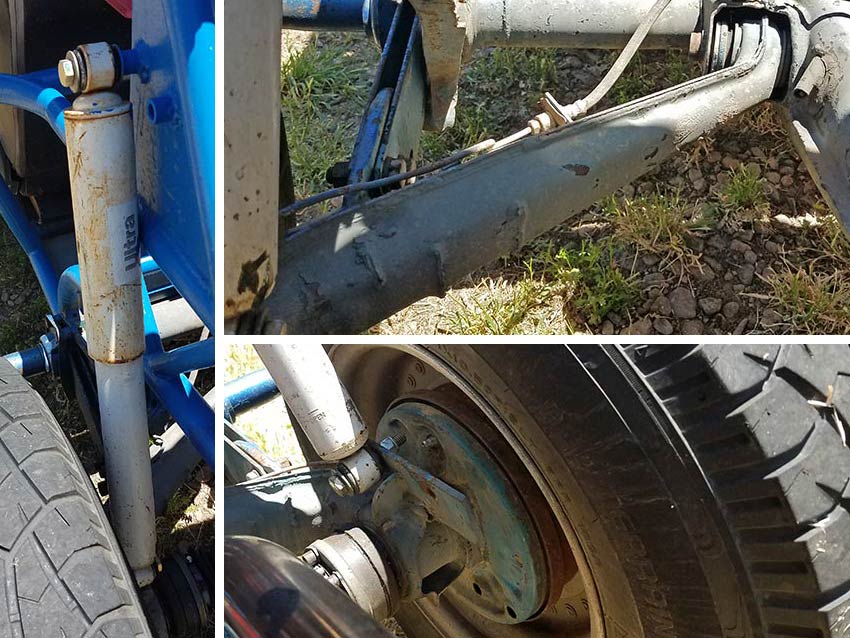 I chose really nice (extra beefy) aftermarket trailing arms but decided to stick with stock width and go 1" longer than original. The disc brake conversion widens each side by 1" and both of these upgrades allow me to use my current axles and keep the rear width within reason for the more narrow trail riding (+1 inch wider and longer on each side overall).

Here are the new trailing arms while in process of being painted: 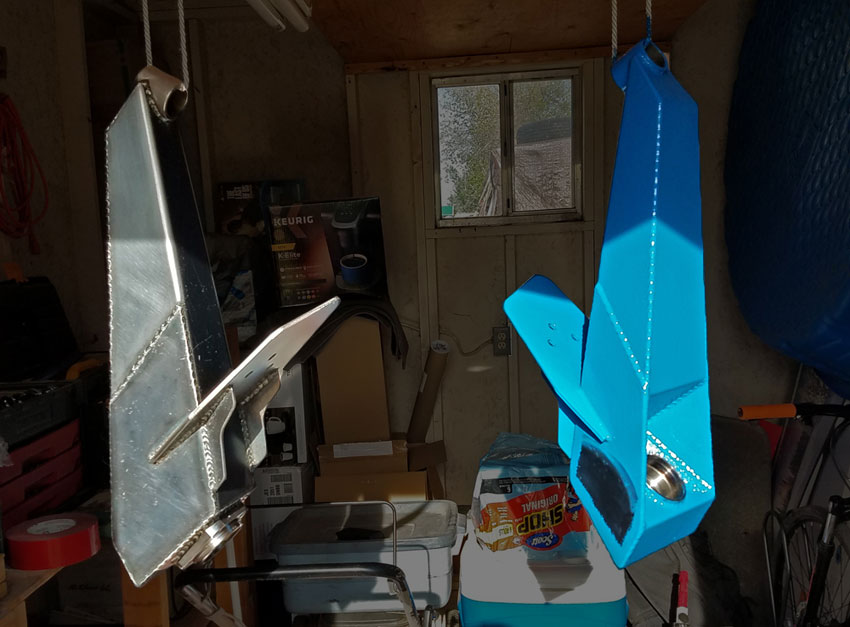 Here are all the parts that I purchased for this project:

This project included the following tasks:

SandRailBuggy.com is a participant in the Amazon Services LLC Associates Program, an affiliate advertising program designed to provide a means for sites to earn advertising fees by advertising and linking to amazon.com and affiliated sites.