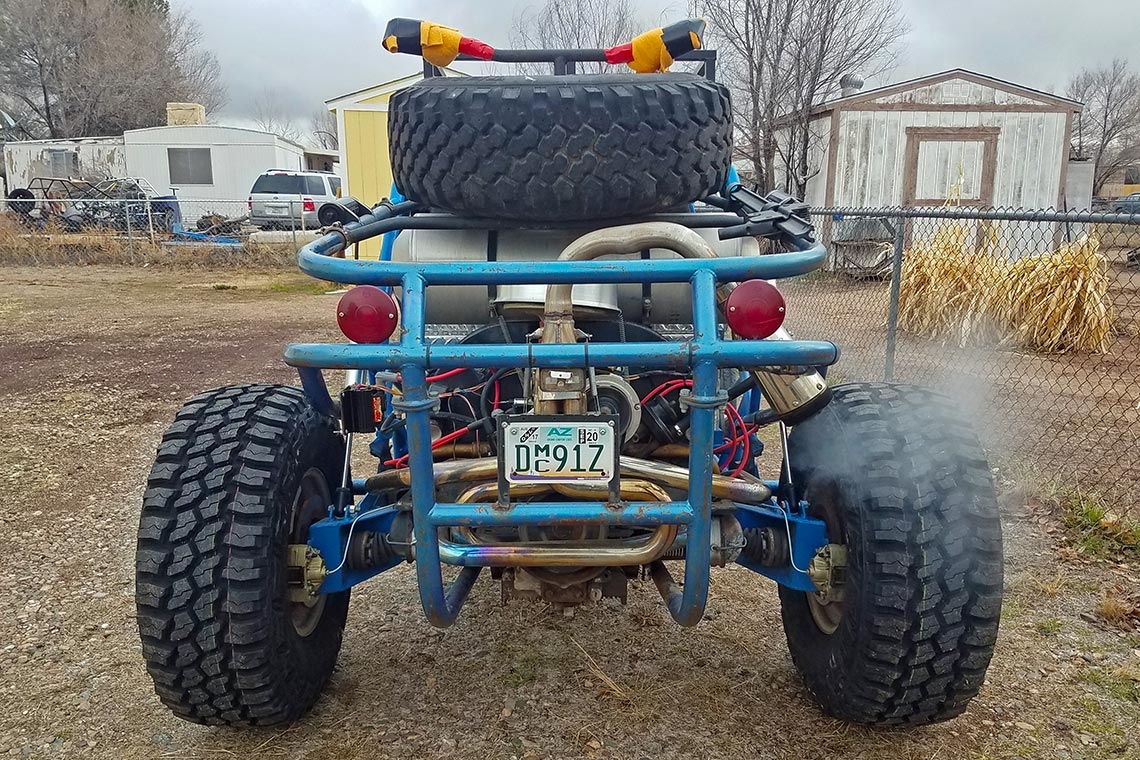 After installing the new transmission with such a low gear ratio, I now needed much larger rear tires to allow me to get up to highway speeds of 65+ mph.

I spent a crazy amount of time researching the best size tires for my needs and after installing the new trailing arms that are 1" wider and 1" longer than stock (Project #11), I found that I could now fit 33" tires on the rear. For that matter, I also discovered that I could stick with my current 15" wheels and take advantage of a 12.5" width. Therefore, in the end, I decided on 33x12.50r15 tires. This was very important because the new transmission gear ratio (Project #09) was only allowing a top speed of about 55mph with the smaller tires.

Cost was most definitely a concern, as 33" and larger tires get expensive quickly. I had a hard time deciding between the following four tires:

I eventually decided on the Thunderer TRAC GRIP M/T primarily due to reviews and price:

Here is the difference between the old worn 31" all-season tires next to the newly mounted 33" mud tires: 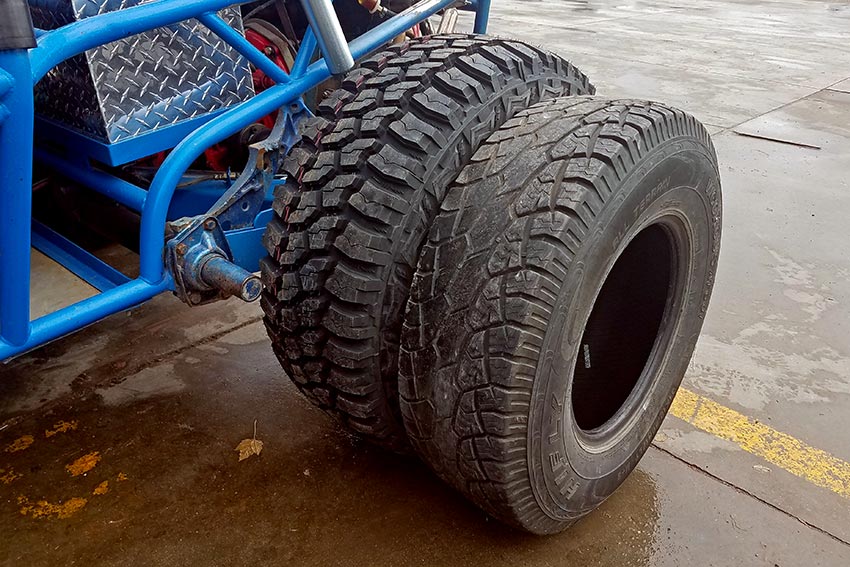 This project included the following tasks:

SandRailBuggy.com is a participant in the Amazon Services LLC Associates Program, an affiliate advertising program designed to provide a means for sites to earn advertising fees by advertising and linking to amazon.com and affiliated sites.